Loading...
In this post, we will discuss the properties of elliptical shapes. Previously what is an ellipse, well to understand it, consider the following image: 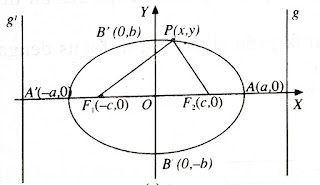 So, the ellipse equation we are looking for is:

Thus a brief explanation of the properties of an ellipse, good-bye and hopefully useful.